Paris La Défense Arena, also known as U Arena, is a multimodal hall located in Nanterre, at the gates of Paris, behind the Grande Arche de La Défense, at 1 RER station in Place de l'Etoile (RER A), four metro stations from Porte Maillot (Line 1). The room was designed by architect and urban planner Christian de Portzamparc and this arena in the west of Paris can accommodate up to 40,000 seats depending on its configuration: 32,000 spectators in sports game configuration, and 10,000 to 40,000 spectators in concert or grand spectacle mode. Paris La Défense Arena is the new stadium of the rugby club Racing 92 Rugby as well as a multi-purpose arena that can be adapted to host a programme of major sporting events, shows and concerts by the best French and international artists. The arena features state-of-the-art technology, an ultra-giant screen, a heating system and a fixed roof for spectator comfort. The acoustics of the place have been particularly studied to offer an optimal listening quality. The site has a Wi-Fi network system that can accommodate 15,000 simultaneous connections. Finally, the original layout of the grandstands, arranged in U (hence its original name of U Arena), offers excellent visibility to all spectators. It is also a place of life offering a brewery open to daily life and many animations on match days: bodega, daycare, animated family tribune, dancefloor for the third half… In October 2017, Mick Jagger, Keith Richard, Ron Wood and Charlie Watts, the eternal Rolling Stones are the first to step onto the stage in this performance hall during their “No Filter” tour. The Paris Supercross is then one of the first sporting events hosted in Paris La Défense Arena where 24,000 places will be offered and in conditions of comfort and vision that revolutionize the usages of sport spectacle. Thanks to its configuration and capacity, the arena has quickly become a milestone in touring world-renowned artists such as Roger Waters – e.g. Pink Floyd, Pink! or Rammstein. On the French side, the venue has already hosted exceptional dates for rapper Booba or the group Kassav, the Paris Summer Jam festival with IAM alongside Kendrick Lamar in the lead, an exceptional Star 80 evening, or the France 98 – FIFA 98 football game celebrating 20 years of France’s World Cup victory. In June 2019, iconic Mylène Farmer performs no less than 9 nights for a unique show accompanying the release of her album «Disobedience». And in December 2019, Patrick Bruel gave two exceptional concerts as part of the "This Night Goes Out…" tour. Finally, this multipurpose arena is integrated into its economic environment with in particular 1,500 employees of the Conseil Départemental des Hauts de Seine

See this place on the map

The arena is located between the 2 main peripheries of Île-de-France, namely the Boulevard périphérique de Paris and the A86, practically above the A14

Beware! The premicies of the Arena aren't accessible by cars on event dates. Please use access via parking

By clicking on the link below, you access the internal rules of the venue PARIS LA DEFENSE ARENA published by it Internal rules 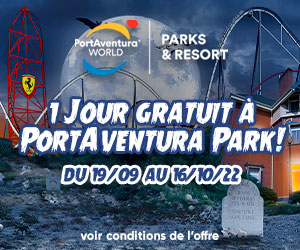